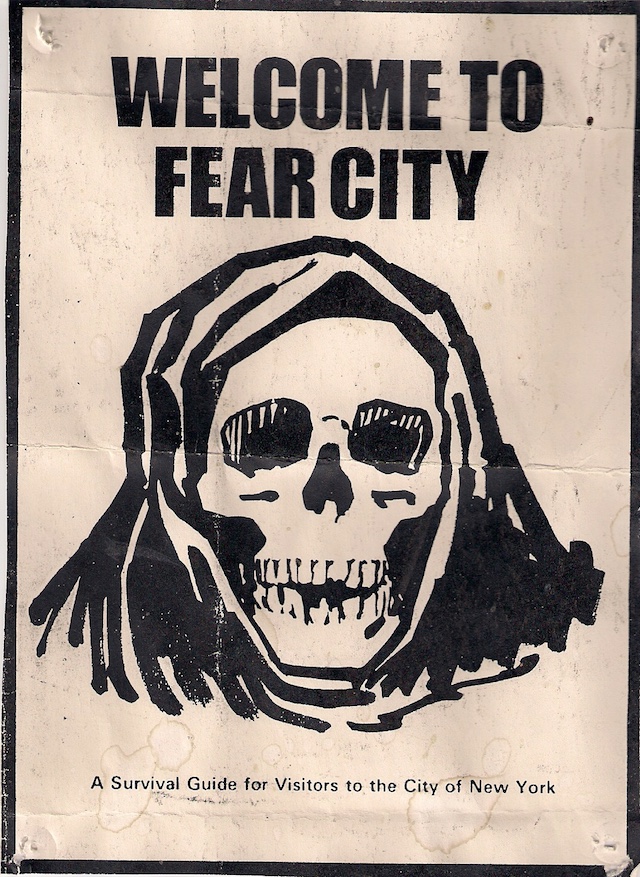 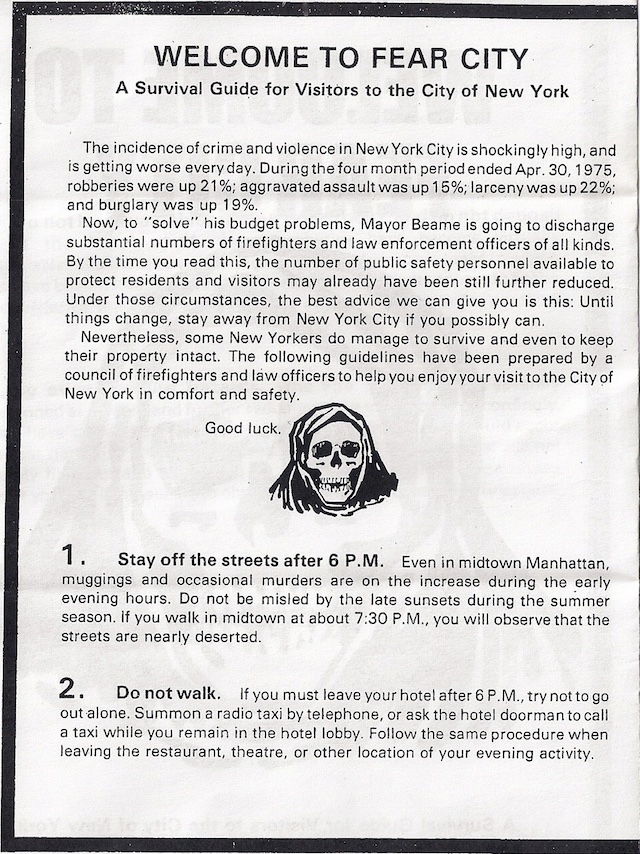 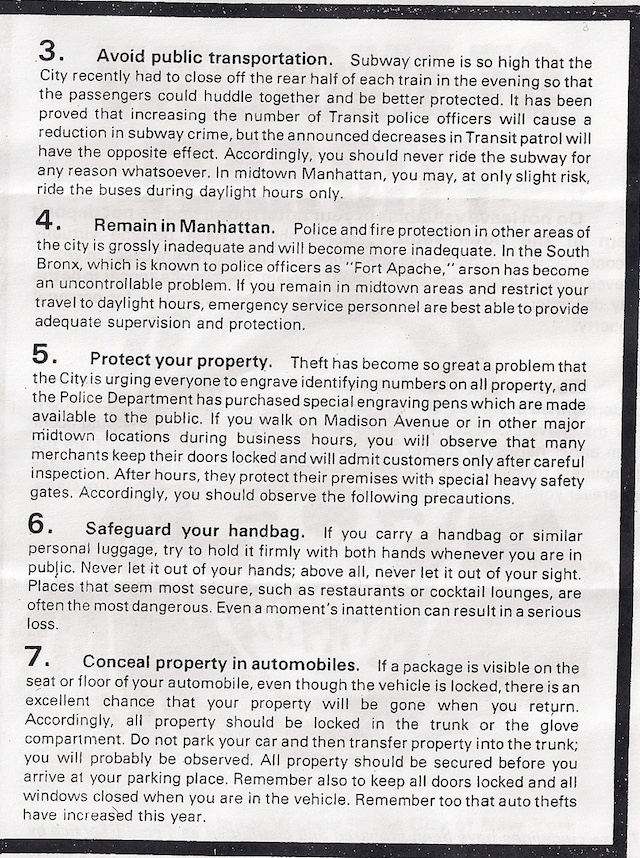 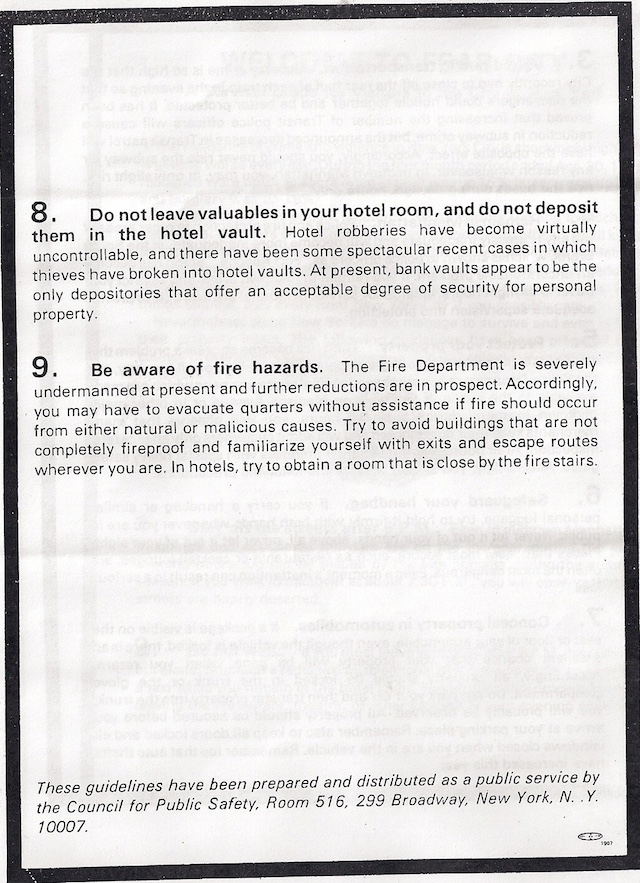 Welcome To Fear City: A Survival Guide for Visitors to the City of New York is a pamphlet created by the New York Council for Public Safety in 1975.

The pamphlet was put together as part of an anti-layoff drive of sorts. In 1975, the NY Times wrote, “For the second time in as many days, unions representing policemen, firemen and other public-safety officers won affirmation in court yesterday of their constitutional right to pass out ‘Fear City’ leaflets at transportation terminals, hotels an shopping districts. The unions, however, faced with mounting criticism of their tactics in attempting to pressure the Beame administration to rescind planned layoffs of 10,962 uniformed officers, continued to hold in abeyance distribution of the black-bordered, skull-emblazoned pamphlets warning tourists to stay out of New York because of rampant crime and inadequate fire protection.”

New York City was in dire financial straits and Mayor Abraham Beame had proposed heavy cuts in municipal services. The pamphlet—with a skull on the cover—was aimed to discourage tourists from visiting New York City. The pamphlet had received such negative publicity that it was not distributed, although the unions distributed other pamphlets to get their message out.